The logs in Lonesome Cabin are from the native American chestnut. They have survived intact for over 200 years. Chestnut trees once occupied some of the most spectacular wooded landscapes in the world, from the Shenandoah Valley to Tennessee’s Smoky Mountains, until a blight erased 4 billion trees from the landscape.

About a century ago, the American chestnut disappeared from the forests of the United States of America. The chestnut tree suffered destruction by the introduction of an Asian blight. The blight arrived in 1904, on imported ornamental Japanese chestnut trees. By the 1950s the great “Redwood of the East” all but vanished. Following a stunning conservational effort, the chestnut now stands on the brink of return. 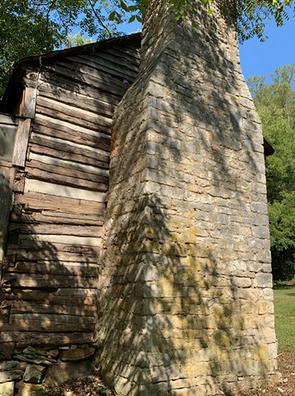