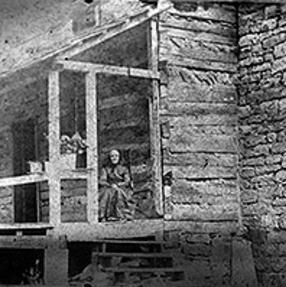 Back to Teacher Page

Some of the slaves lived there, sleeping in the upstairs area over the kitchen. Later, after the slaves were sold (or freed by President Lincoln’s Emancipation Proclamation in 1862), and after William and Dicy’s children were all grown, this west room and dog-trot were no longer needed, so they were torn down. And following that, the present add-on kitchen was built where the dog-trot used to be. This was done in the late 1860’s or early 1870’s after the Civil War was over in 1865.