Back to Teacher Page

The early pioneers lived in a cabin made of logs. Enclosed within this dwelling is a fireplace, which is at one end of the cabin. Ingenious was the skill of the stone masons, cutting and fitting the limestone rocks and boulders to build the chimneys and fireplaces. The stone work was so skillfully done that little or no mortar was needed to secure it. The main fire-place opening downstairs is six feet across and over four feet high, spanned by a skillfully laid stone arch and keystone. There is a smaller fireplace, in the same chimney, upstairs.

The large fireplaces served not only as the main sources of heat in the winter, they were also used for cooking, and to some extent as a source of light because candles and fuel for oil lamps were also hard to come by in my earlier years.

Kettles, pots, and cauldrons were held over the fire hanging from trammels. A most essential utensil was a long handle pan used for cooking meat, held on the fire by hand. The best item for baking was a flat-bottomed kettle with a tight-fitting lid known as a Dutch oven. The bread would bake quickly with hot coals over and under this invention. 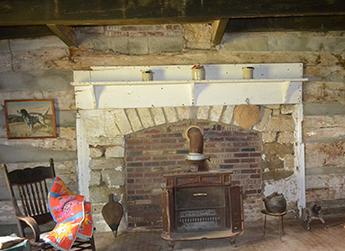 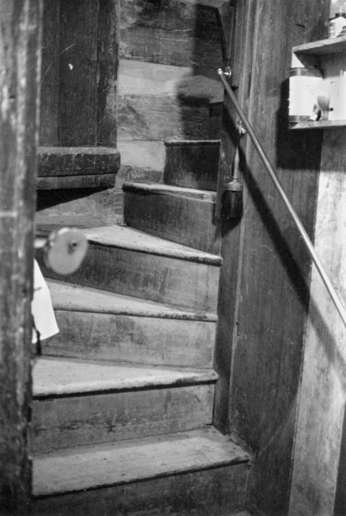