My name is William Wyatt Austin Jr.  I am the great-grandson of the original owners and occupants of Lonesome, William and Dicy (Horner) Austin, who came here in 1820! The tract of land where Lonesome stands today, was passed down to their youngest daughter, Mary Zenab (Zenie) Austin Alspaugh, who was my grandfather’s (Calvin Franklin Austin) sister.  My aunt, Ruth Elizabeth Austin Kimbro Aston (Aunt Betty,) lost her mother when she was less than one year old so Aunt “Zenie” Alspaugh took her in and raised her as one of her own.  This is significant in the Lonesome Story, which I wrote along with the help of my Aunt Betty and her memory of our family’s history.  Because we were so close, I would bring my family to Burns, Tennessee to visit her and her niece, Madge Gibson Alspaugh, where we enjoyed the quiet life and serenity that Lonesome offers. Because Aunt Betty had no children of her own, she passed Lonesome on to my eldest son, William Wyatt Austin III, who was responsible for its upkeep for the past 25 years and finally donated the property to the city of Burns in Dickson County Tennessee. Now it is called Lonesome Historic Site!

Now, a little bit about me! I was born William Wyatt Austin Jr. in Vicksburg, Mississippi on May 29, 1915.  My parents were William Wyatt Austin Sr. and Ethel Amanda Catherine Davis. I was an only child although I did find out, later on in my adulthood, that my father had a son from a previous marriage, who died as a child. I grew up in Birmingham, Alabama where I met my wife Lucia Patton Austin. I became a metallurgist, getting my Ph.D. at Vanderbilt University in Nashville. In 1952, I moved my wife and two kids to Raleigh, North Carolina to take a position as Department Head of Materials Engineering at NC State University. I loved teaching and remained in that position until I retired 37 years later. Some of my most cherished accomplishments, other than my four children and the many grandchildren they have bestowed on me, are my work on the B-24 Liberator airplane during World War II and my work on restoring the Hatteras Lighthouse on the coast of North Carolina! 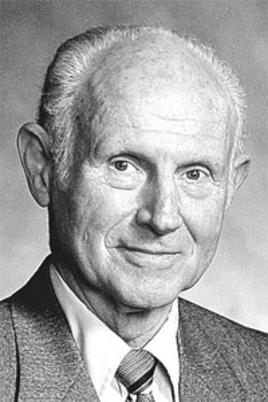 Back to Field Trip Page
View on Mobile